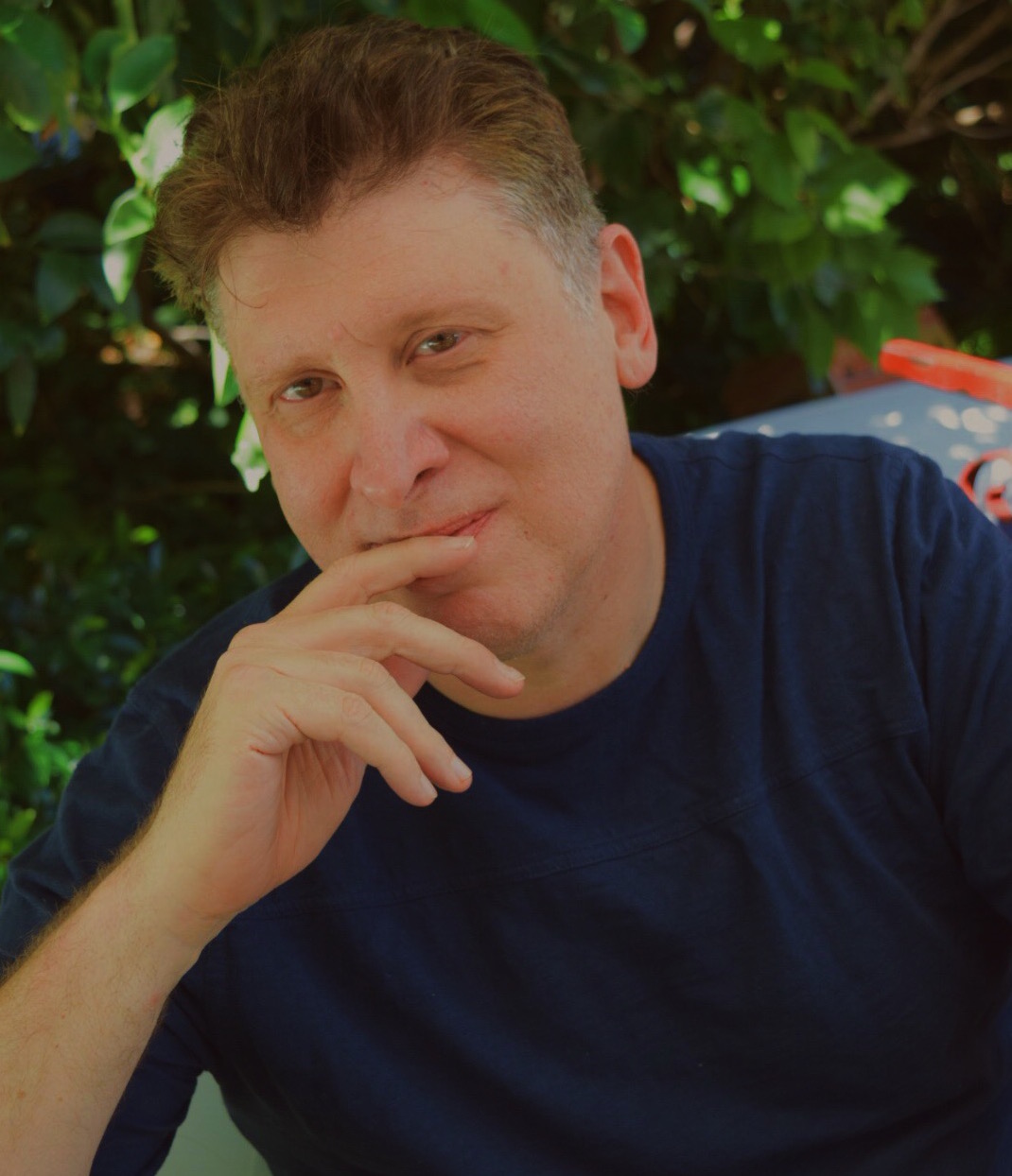 Lee is currently head of the acting program at EEI Creative Arts School, a partnership between EEI and the United Arab Emirates-based MBC TV Network. So far he has taught acting to over 300 Saudi Arabian students via live synchronous Zoom classes.

For over 30 years, Lee has held an international reputation as an acting teacher, coach, writer, film producer, and director.

Widely regarded as one of the country’s best acting teachers, Lee was profiled in Qualified Acting Coaches: NY. He has taught at many prestigious institutions over the years, including: NYU Tisch School of the Arts, the NYU School of Continuing and Professional Studies (Associate Professor), The Atlantic Theater Company Acting School (Master Teacher), The New World School of the Arts in Miami (Visiting Professor), AMDA, and the Studio School of Media, Film & the Performing Arts. 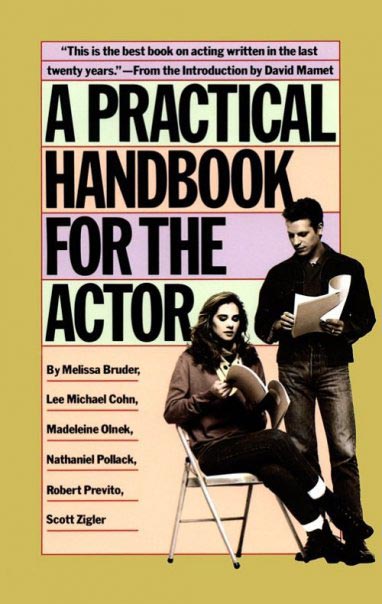 Lee is one of the world’s leading experts on Practical Aesthetics, the acting technique originally developed by David Mamet and described in Lee's book, A Practical Handbook For The Actor. The Handbook is the #1 best-selling textbook ever published, (over 335,000 copies sold), and is required reading in hundreds of theatre programs, including NYU, Skidmore, USC, Villanova, SMU, The University of North Carolina School of the Arts, The New World School of the Arts, and many others. The Handbook is also the #1 acting title on Amazon.com, and has been translated into Dutch, Japanese, Turkish, and Chinese.

Lee is an active Hollywood filmmaker. He produced the feature film Bachelor Lions, which starred David Arquette, Jon Lovitz, Robert Davi, Mitchel Musso, and James Maslow for RiverRock Films. He continues to work with RiverRock  and Curation Films on numerous other projects as a writer/producer.

Lee wrote and directed the independent TV pilot Crime Share for Route 17 Productions. He was also the director and co-creator of Inside Private Lives, the hit theatrical show that was the LA Weekly Pick of the Week, recommended twice by LA Times, received a rave in NY Times, and out of over 2,000 shows placed in the Top 10 at The Edinburgh Theatre Festival.

As a writer, Lee was chosen for the Warner Bros. Comedy Writers Workshop, Hollywood’s most prestigious showcase for new comedy writers, where he was one of 25 writers selected annually out of over 700 applicants. He has written plays, feature films, PSAs, corporate industrial films, and among other projects, sold a TV pilot to a major Russian TV network. He was also a finalist for the Disney Fellowship.

As a playwright, Lee is honored to have been chosen as Playwright-in-Residence at Cal State Northridge in the Veterans Theatre Project for which he received two grants.

As an actor, Lee has worked professionally in film, TV, and theatre, having originated roles in plays by David Mamet, Roger Hedden, Jason Milligan, and many others. Appearances include Law & Order, the controversial 9/11 drama The Reflecting Pool, Mamet’s martial arts film Redbelt.

Lee is proud to be a third degree Black Belt in Kasumi-An Ninjutsu, the Warrior Art of the Ninja, and he tends to get annoyed when people ask him to pass through walls or dress up like a turtle. He is proudest of all to be the father of two amazing young women, actress Danielle Cohn and photographer Ava Cohn.

Lee holds a BFA in Drama from NYU/Tisch School of the Arts and an MFA in Creative Writing and Writing for the Performing Arts from the University of California, Riverside Palm Desert Creative Writing Program. He also attended the Drama Studio, London, where he was the youngest student ever admitted.

PARTIAL LIST OF INSTITUTIONS USING A PRACTICAL HANDBOOK FOR THE ACTOR

University of North Carolina School of the Arts

A terrific actor and a passionate, dedicated student of the theatre. That he became a fine teacher came as no surprise to me. His writing is sharp, funny and original, and he brings much to the table both creatively and as an educator.  David Mamet, Pulitzer Prize-winning playwright, filmmaker (American Buffalo, Glengarry Glen Ross, The Unit, Wag the Dog)

Lee was one of my first and favorite comedy teachers. He taught me how to be funny before I even knew I was funny. He knows everything there is to know about comedy inside and out from old school films to theater. I’d take his class again tomorrow if I could!  Erica Rhodes (Bring the Funny, Modern Family, Veep, A Prairie Home Companion)

Lee is a gifted writer and a long-term standout acting and writing teacher. His students consistently rave about the training they receive in his classes and workshops.  Clark Gregg  (Agents of S.H.I.E.L.D)

The Practical Aesthetics technique covered in Lee Michael Cohn’s book and workshop was a wonderful addition to my actor’s toolbox. Lee is a great teacher who brings out the very best in all his students. I can't recommend him highly enough! Sope Aluko  (Black Panther; Venom)

One of my favorite acting professors!! After taking Lee's classes, the level of my auditions elevated. I ride & die off of the Practical Aesthetics process for audition analyzing.  I use it for every audition and it keeps my agent very happy!!  Chante' Bowser (The Best of Enemies, Lethal Weapon TV Series)

Lee is the best acting teacher I’ve had in L.A. His technique takes away all the frivolous stuff that confused me in most Hollywood classes and made it simple. I can’t intellectualize it more than say when I’m in his classes, I’m a better actor because of them. Hands down!  Thesy Surface  (Co-star, It’s Always Sunny In Philadelphia)

Regarding Lee: He is the real deal! A wonderful teacher, writer and actor. Karen Kohlhaas  (Director, teacher, author of “The Monologue Audition”)

LMC is a pragmatic, inspiring, specific teacher of acting, who understands the importance and connection between the work of the actor and the training of the body. His text analysis skills help the actor quickly break down the scene into an actable action.  Jesse Merz  (Former Head of BFA Acting Program, Wayne State University)

The problem with most mainstream movies and sitcoms these days is that they break the first rule of comedy…Rule number one: It has to be funny. The thing I liked most about working with Lee was not only his innate knowledge of rule number one, but his understanding of what comes next. He knows what it is that makes something funny, how to create comedy organically out of the scene, how to turn something mildly amusing into something hilarious and best of all he can teach it to you in a way that makes sense and is easy to follow. There’s no question I did my funniest work in Lee’s class.  Bree Sharp  (Hit recording artist, “David Duchovny”; actress, Louie)

An intelligent and passionate teacher...a pleasure to work with and a valued member of the faculty.  Mary McCann (Director Atlantic Acting School; actress, Can You Ever Forgive Me?)

Lee has performed his role with intelligence, passion, and humor to the extent that students reported that they had gained more from the few weeks they encountered him than from many other courses in which they had already participated. They appreciated his experience, intelligence and mentorship. Moreover, they were inspired by his philosophical and aesthetic approach to visual story telling with the unique emphasis he gives to the dimensions of screenplay and performance.  Ariel Levy (Former Director of Film Studies, Los Angeles Film School; veteran film producer – John Hughes, The Spy Who Loved Me)